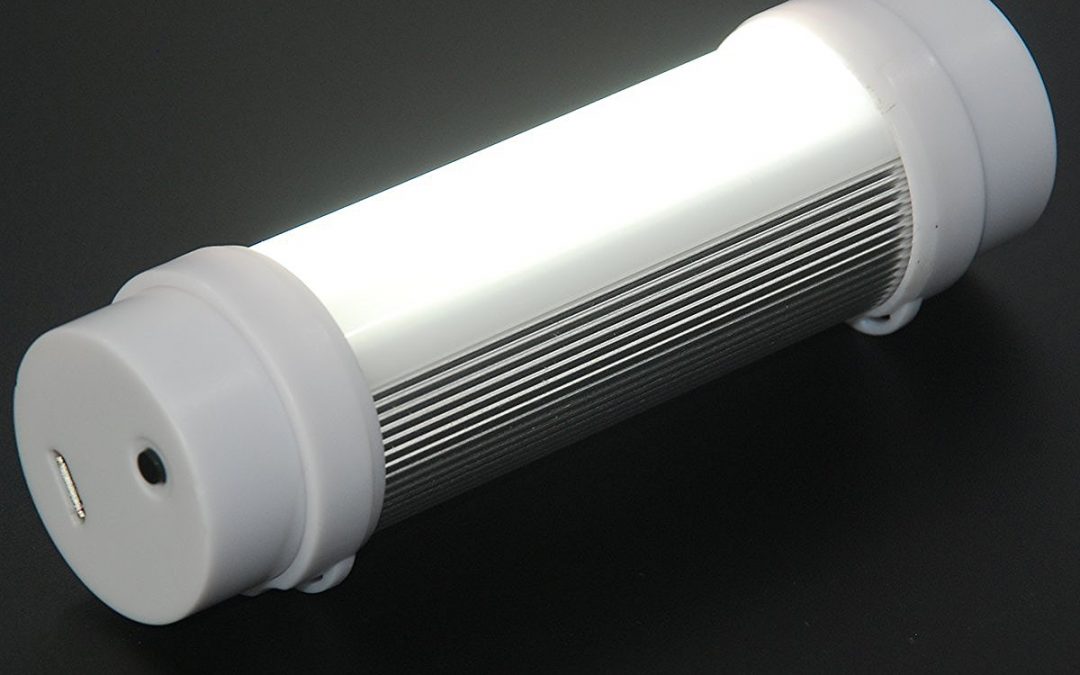 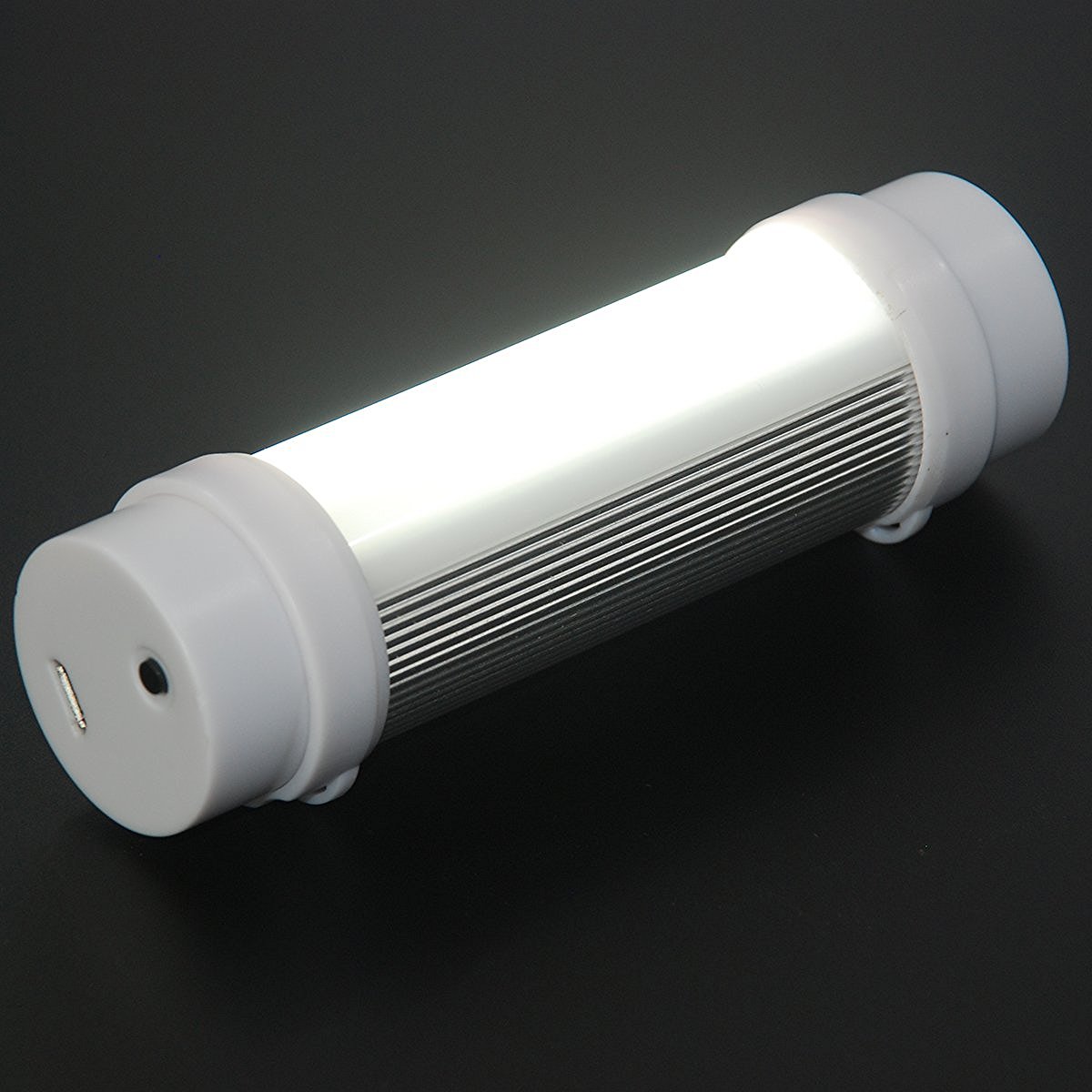 This is a great little camping light. When I saw this I was surprised with its size, it is slightly smaller than I thought but now I have used it I think it is an ideal size. I took this with me on a recent trip to Europe and it never let me down. It can easily be carried in a pocket or your bag and is light. There are several settings for different uses including ambient white to flashing red. It comes with a lead to plug into a USB for charging, I charged mine in the car cigarette lighter and now leave it constantly on charge in the car so it is ready whenever I need it. There is a USB socket also built into the end so you can plug your phone into it to change, this function is great because once the light is charged you have an emergency power pack for your phone. There has been several occasions when my phone has died and i simple plugged into the light and carried it in my pocket, it was easily able to fully recharge an iPhone. I have not tested the waterproofing on the light by submerging it in water but it has been left out in rain and has not failed.You cannot go wrong with this light for the price, I would highly recommend it.
Peter

You can get your hands on one Here 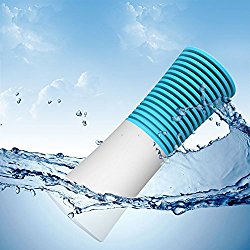 When I first handled this speaker I was impressed with the quality of it. You are supposed to be able to connect to a Bluetooth device very easily, I normally find that it is never that easy; however I was surprised to find that it linked to my iPhone straight away and was up and running in minutes. The quality of the sound is very good for such a small device. I was more concerned about it being too loud and disturbing other campers so volume is not a problem.I have used it on many occasions whilst camping and it has not failed me. I did manage to leave it out overnight and it got wet but this did not effect its performance.It is supplied with a USB cable to charge it so can easily be charged it the car or even one of the portable power packs.

As it is small and light it can easily slip into a bag or pocket for your camping trip, perfect for a sing song around the camp fire.

You can get your hands on one Here

What Jubilant July reminds me of – a rush of adrenaline

Anyone who knows me know that I love adrenaline. It’s become an addiction, once you feel the exhilaration of going higher or faster than you have been before it’s hard not to want to push the limits a little bit more.
Now, it may be out of season (unless you live in the antipodean countries) but when I think of one of my most memorable, adrenaline fuelled experiences I think back to a time when I was in the Canadian Rockies. If you’ve ever visited the Rockies, you will know how truly awe-inspiring the place is. It is somewhere that will leave you breathless by the magnitude of its beauty. Fortunately, I have been lucky enough to have visited many locations with my snowboard in tow. Although I may not have returned to some locations as much as I would have wanted to, the Rockies have always pulled me back there.
On my last visit I was looking for a new challenge, I had heard about a resort called Kicking Horse which had peaked my interest. Kicking Horse has a reputation for some serious runs; jagged edges, rock faces, steep slopes – this I had to try. So after sorting out transport, tickets and the other fiddly bit, my boarding partner and I headed off. The journey took a couple of hours from where we were based and all the way there was a mix of excitement and apprehension.
The journey was a typical Canadian drive full of spectacular scenery and a beautiful ruggedness, then before we knew it we were there. That morning we had some runs testing out the bowls and then went for the 10K run. After that it was time for lunch, which I’m not ashamed to say we were ready for. Instead of eating, lunch mainly consisted of pouring over the piste map. Kicking Horse is well known for its double-black diamond runs, some of which we had already done that morning. However, there was one double-black diamond run which, from what we had heard, was the big one. It’s name, CPR ridge.
Eventually we had eaten as much as we could and had found the route to CPR ridge. Having gone up the gondola there was then a short hike which we traversed. When we reached the edge I took a peak over the lip and then my stomach turned. The ground fell away at an incline that was greater than either of us had ever attempted. At this my fellow boarder took a peak and his face confirmed what I was thinking. ‘What are we doing?’ A short while went by as we sat considering whether to go for it or not, then we came to the theory of just getting it done before we talked ourselves out of it.
I took a deep breath and went over the ledge. I quickly accelerated and recall thinking ‘why am I doing this? I could get seriously hurt’. I knew I had to stay upright and control my board. I became in a zone of total concentration, almost zen like. It sounds like a cliche, but I seemed to become one with my snowboard controlling my speed and direction, avoiding jagged rocks and drops that I was not experienced enough (or crazy enough, depending how you look at it) to try. Behind me I could hear shouts from my friend, suggesting he was feeling the same elation and relief I was feeling. Eventually the slope became a degree of incline more in my comfort zone and it was then my emotions changed. A sense of euphoria poured over me followed by relief. The two of us stopped a little way down and looked up at what we had just descended. A sense utter euphoria came over me, my body was full of adrenaline. We sat looking for a little while at what we had just done, letting our emotions calm and the adrenaline simmer down. I was overwhelmed at what I had accomplished. Having caught our breath and shared our experiences, what did we do next? Well that was simple, we did it again!
It is never easy to push yourself outside your comfort zone, but I hope this story illustrates that unless you try you will never achieve greater heights and truly find out what your capable of. Take a look at our range of products here or our Amazon store. we hope to inspire you to get outdoors. 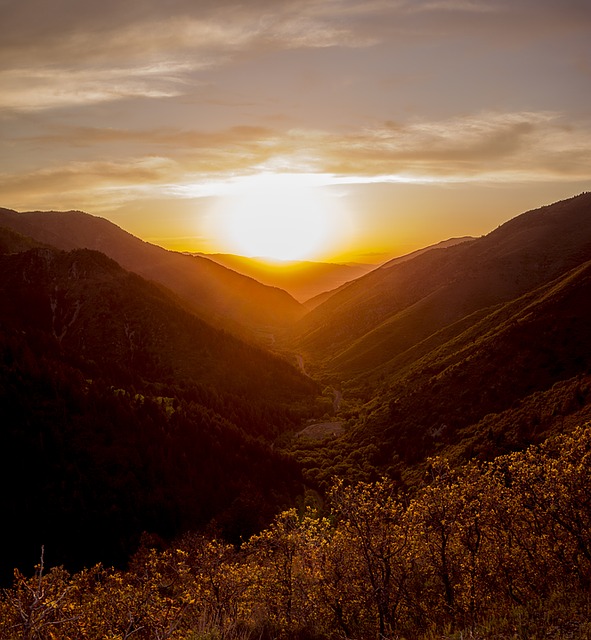 There’s a world of adventure out there 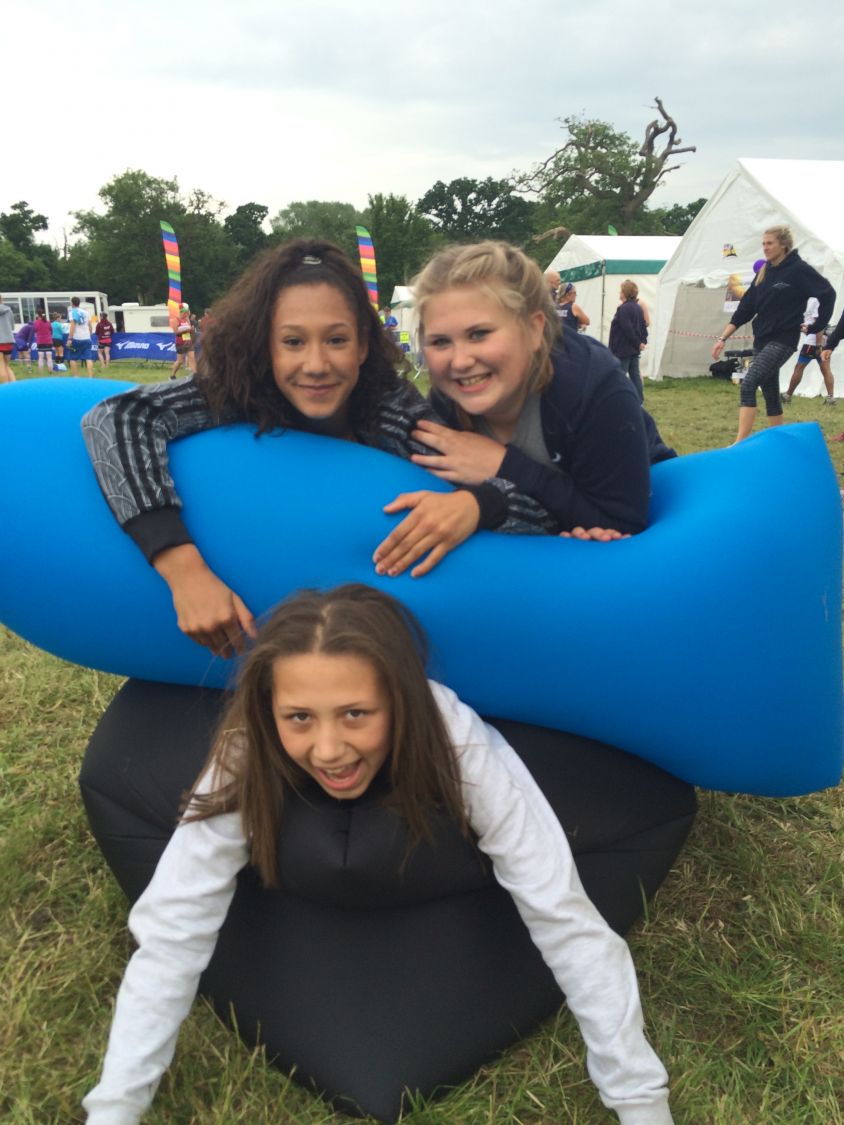 It was great to see so many people enjoying Endure24. The weather was not too bad for us this year so everyone was able to enjoy being out and soaking up the atmosphere more. Our stand proved to be very popular and I think it turned into a bit of a creche. The children seemed to love jumping and playing on the hammocks and lazy bags, and I think the parents enjoyed the break. I would like to thank all the children who put the products to the test and I am pleased to say everything survived. This may be a great way to test products in the future. 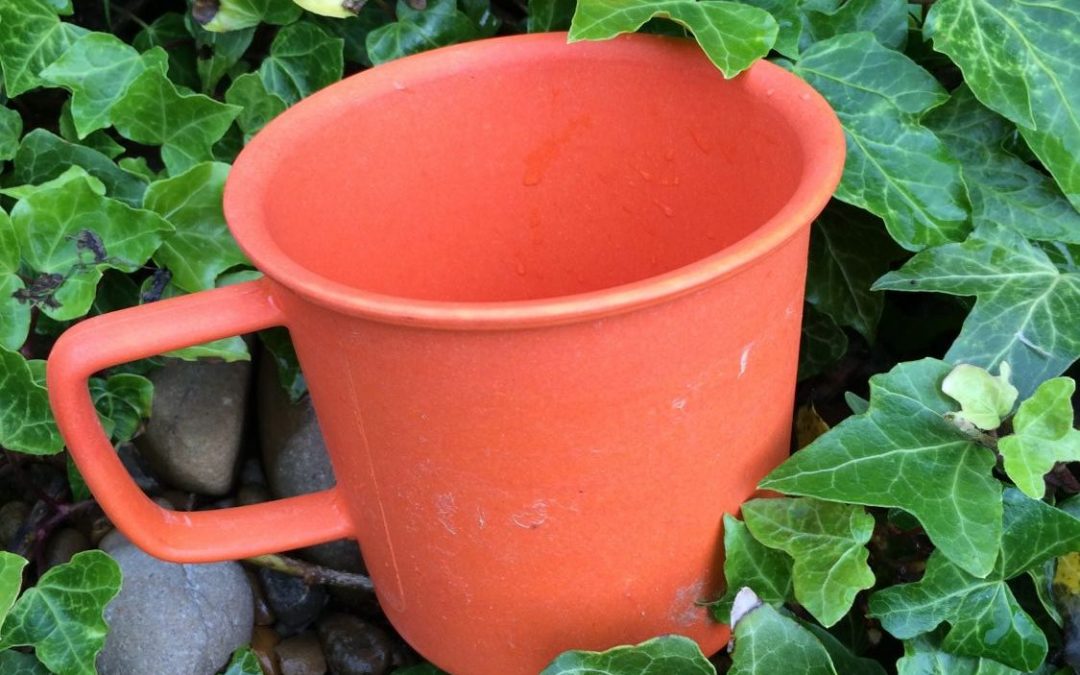 how do you test a bio-degradable mug 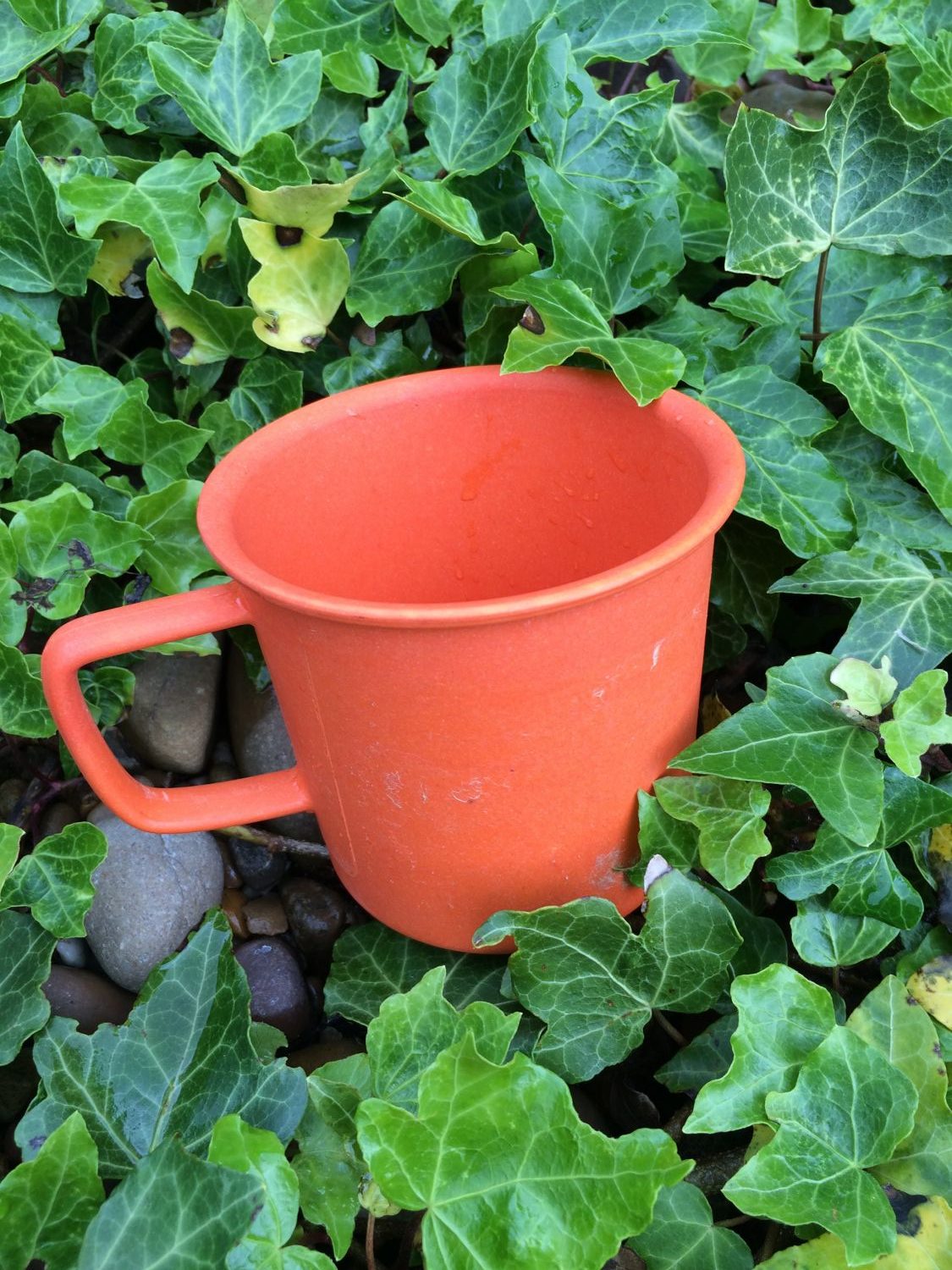 we are looking at a range of bio-degradable tableware to possibly bring to you. We never launch a product until it has been tested by the team. However these bio degrade in about 2 years even though they are dish washer safe. We don’t want to wait that long to see if they really do, any suggestions! Take a look at our other tested products here. 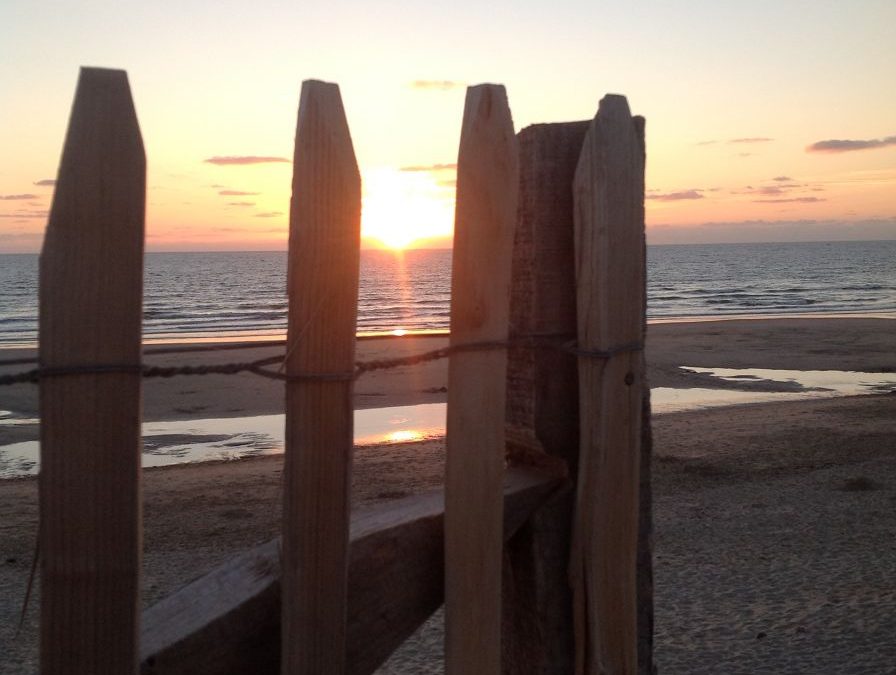 Welcome to our new website, we hope you enjoy your visit and find it useful. We look forward to developing the website and increasing our range of products with you. We hope you will join us on our journey and help us meet your needs. Lets all “Love the Outdoors, Live the Outdoors”